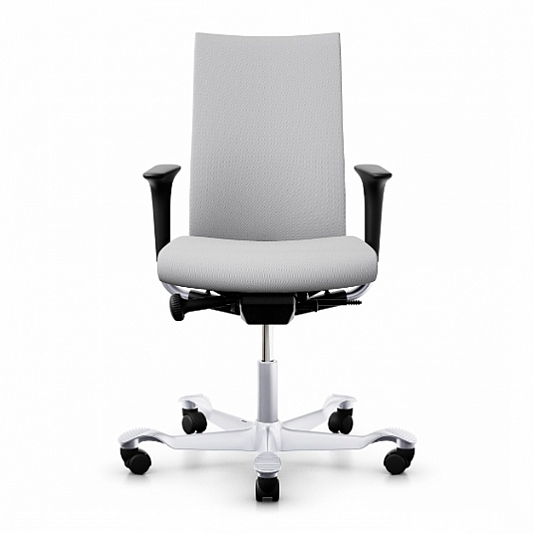 The HÅG Creed builds on the best from two original groundbreakers, the HÅG H04 and HÅG H05, by legendary designer Peter Opsvik. It combines classic design with smart functionality, is user-friendly, and features our unique centre-tilt mechanism - HÅG in Balance®. Read more...

Back in the 1970s, HÅG invited a select group of Scandinavian designers to form a creative melting pot of ideas, known as Studio HÅG. It kick-started an era of radical design exploration that gained international attention. In close collaboration with doctors and physiotherapists, they relentlessly pursued seating that was more aligned with the human body. One of these designers was the now legendary Peter Opsvik. As reflected in the HÅG Creed and HÅG Capisco, Opsvik's most important contribution has been in developing chairs that inspire people to move and vary their posture while sitting.

When sitting, can freedom of movement and change of position be as important as support? Even the most comfortable sitting position becomes uncomfortable after a while. Our muscles are built for productive use and aren’t well-adapted to static strain. We can walk for hours but get tired after a few minutes if we have to stand still. The HÅG in Balance® allows for balanced movement. When you're in balance, moving becomes effortless. Your legs determine how you shift position and moving becomes an inherent part of your natural workflow.

The chair for everyone

When the HÅG Credo (later named the HÅG H04) launched in 1984, it was a revolution for working people. It's catchphrase, "a chair for every position", addressed not only body posture but also the hierarchical positions held within most companies. Up until then, it was primarily just the people holding a specific position who were privileged enough to have a chair that tilted. Even so, those chairs only tilted backwards. With the HÅG Credo, everyone could have a chair that in addition to tilting backwards, provided the free movement of tilting forwards too

In 2019 the legacy continues via the HÅG Creed. Combining the best of the highly successful HÅG Credo/H04 and HÅG H05, it embraces the classic clean design, superior comfort and user-friendliness people have come to expect from HÅG. The HÅG SwingBack™ armrests and the ingenious “4-in1” adjustment wheel make it easily adaptable for any person or situation. Powered by the HÅG in Balance® movement mechanism, the chair instinctively follows every shift of position you make, no matter how slight. In doing so, it encourages the continuous movement of your legs while you work, leading to you having more energy and focus.